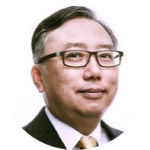 Dr. Cheong obtained his medical degree at the National University of Singapore in 1983 and went on to train in the field of General Surgery.

On returning to Singapore, Dr Cheong spearheaded the development of Colorectal Surgery at Tan Tock Seng Hospital. He was appointed consultant in 1995 and was subsequently promoted to senior consultant and head of Colorectal service. He has held appointments as Director of the Digestive Disease Centre and was the visiting consultant to KK Women???s and Children???s Hospital, John Hopkins (Singapore) International Medical Centre and the National Cancer Centre, Singapore. Dr Cheong was awarded another HMDP scholarship to further develop his expertise in Colorectal Cancer Surgery in 2003 and did attachments at St. Mark???s Hospital in London, the Karolinska Institute in Stockholm and the University of Uppsala, Sweden. In 2008, he was again awarded the HMDP fellowship to hone his skills in Laparoscopic Colorectal Surgery at the Australian Endosurgery Centre in Brisbane.

Dr Cheong has extensive experience in managing anal conditions like hemorrhoids, fistula and fissure, as well as treating colorectal cancer and diverticular disease. He is an expert endoscopist and has performed more than 12,000 colonoscopies over the past 20 years. He is a pioneer of laparoscopic colon surgery in Singapore; having done more than 180 related operations. Dr. Cheong played a key role in developing Oncology services in TTSH and led the development of laparoscopic (keyhole) colorectal surgery at the hospital. He took up undergraduate and postgraduate training as a Senior Clinical Lecturer and examiner for the MBBS finals with the NUS Yong Loo Lin School of Medicine. Dr Cheong is also actively involved in humanitarian work and was a member of the Singapore earthquake relief team to Turkey in 1999. Dr Cheong left TTSH and joined the Panasia Surgery group in 2009.