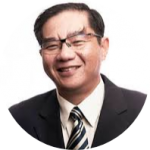 Dr Sam Peh is a Fellow of the Royal College of Surgeons Edinburgh and a Fellow in the Urology Academy of Medicine Singapore. He also underwent a Urological Clinical Fellowship in Westmead Hospital, Sydney, Australia. He joined PanAsia Surgery Group in 2007.

Dr Peh specialises in treating disorders of the male and female urinary tract (kidney, ureter, bladder and urethra) and the male reproductive system. His services include the diagnosis, medical and surgical management of a full range of urological problems, including andrology, erectile dysfunction and male infertility. He further specialises in providing laparoscopic surgery, especially in managing problems and cancers of the kidney and prostate.

Graduating from the Faculty of Medicine at the National University of Singapore (MBBS, 1989), Dr Peh underwent basic training in Singapore. Following that, he obtained his Advanced Specialist Training in General Surgery (FRCS Edinburgh, 1995).

He then went on to specialise in Urology and was inducted as a Fellow of the Academy of Medicine in Singapore (Urology). A stint from 1998 to 2000 at the Westmead Hospital in Sydney, Australia as a Urological Clinical Fellow later earned him volumes of experience.

Dr Peh is a firm believer of the value of research to the field of medicine and has been involved in research for many years. He has led several research studies and contributed to several medical journals including the Annals, Academy of Medicine, Singapore. He has also presented numerous medical papers at a variety of scientific meetings in conjunction with other contributors.